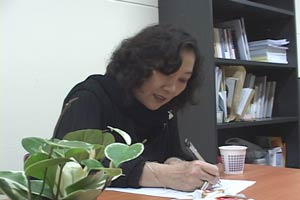 Evening with a Korean Poet

Chung-hee MOON was born in Jeollanam-do, Korea on May 25, 1947. She majored in Korean Literature at Dongguk University, and completed her graduate studies from the same University, where she has also taught. While still in high school, she published her first collection of poems, Kkotsum (1965). She was initiated into the poetry world by Chung-Ju SUH (1915-2000), an extraor-dinary lyrical poet of his time, with the publication of her work in Wolgan Munhak (Literature Montly) in 1969. Later she published many collections of poems, such as Windflower (2004) and Woman on the Terrace (2007). In 1975, she received the Contemporary Lit-erature Award for her poetry/drama collection, Saette, and the Cikada Prize in 2010. Currently, she is the president of the Korea Poet’s Association.

Organized by: The Minor Programme in Korean 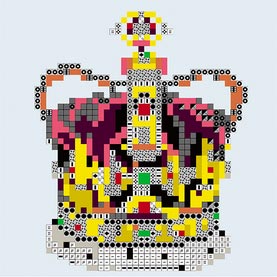 Between 5 September and 12 October, the multidisciplinary art exhibition "Design Feisty" will feature the creations of 13 participating Korean artists, including Choi Dusu, Lee Wan, Yoon Kalim, De-Bang and Hur Boree. Most of the creations, which come in a wide array of styles, have been converted from furniture pieces or everyday items into highly creative, playful and even outlandish artworks.

Lee, Wan (b.1979) graduated with a B.F.A in Sculpture from Dongguk University. LEE Wan expresses his sentiments and experiences of the everyday life we face through art. He is the first participant of Y artist project 2012 at Daegu Art Museum.

Kalim Yoon (b. 1980) graduated with a MBA in Sculpture from Slade School of Art in London. He has exhibited in Britain, Denmark and Korea.