Category III (Persons Aged 18 and Above Only) 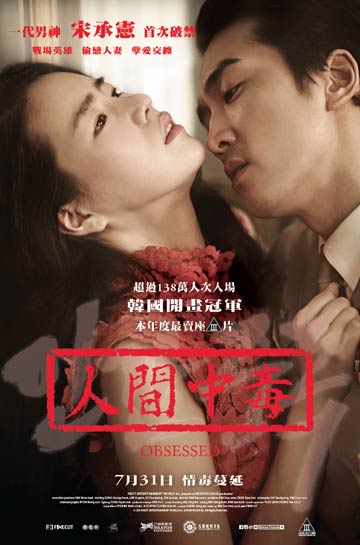 A war hero falls into a forbidden but irresistible love affair risking everything that he has accomplished so far which can only end in tragedy.

From his commander father-in-law to a beautiful wife, decorated war hero Colonel Kim Jin-pyong is the subject of envy and jealousy, and about to be promoted to general. But in truth, his affection for his ambitious wife had subsided a long ago, and he suffers from post-traumatic disorder after Vietnam War.

One day, Captain Kyung Woo-jin is transferred to Jin-pyong’s army and moves in next door with his wife Ga-heun who is unlike all the other officer’s wives. Jin-pyong falls in love with her at first sight, confused with a feeling he never felt before. And when Jin-pyong saves Ga-heun from a life-threatening incident, she also opens up to him. And while her career driven husband has always been more like a brother to her since she was adopted by his family and raised together after she lost her own, Jin-pyong is the first man that she ever let in her heart. The two meet in complete secrecy and indulge themselves in their desire, but the secret is eventually revealed which can only bring tragedy to everyone involved.