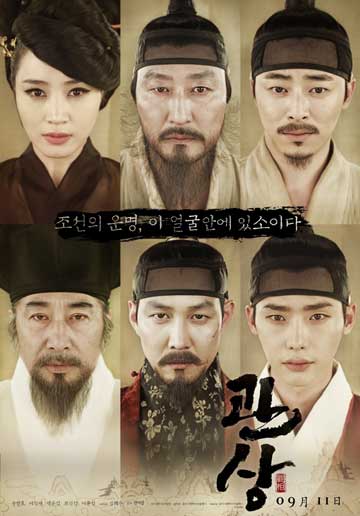 Set during the seizure of the throne by Sejo of Joseon in the year 1455, the movie follows the life of Nae-Kyung.

Nae-Kyung (Song Kang-Ho) hails from a ruined noble family. He travels around Joseon and studies physiognomy. He is able to asses a person's personality, mental state, habits and, consequently, their future, by just studying their face. He lives in seclusion with his son Jin-Hyeong (Lee Jong-Suk) and brother-in-law Paeng-Hun (Cho Jung-Seok). Nae-Kyung hopes to one day become a public officer, even though it is virtually impossible due to his family's failed background.

One afternoon, an attractive Gisaeng named Yeon-Hong (Kim Hye-Soo) visits Nae-Kyung's home. She runs a food and alcohol establishment in Hanyang (old name for Seoul). Yeon-Hong asks Nae-Kyung to go with her tthere, because he can make a lot of money. Nae-Kyung and Paeung-Hun decide to follow her advice and go together to Hanyang. There, through Yeon-Hong's deceit, Nae-Kyung begins to work as physiognomist at her establishment. His amazing talents quickly spread throughout the area and business booms for Yeon-Hong. Nae-Kyung then happens to solve a murder case by observing the victim's husband. Kim Jong-Seo (Baek Yoon-Sik), the second most powerful man in the country, hears of Nae-Kyung's abilities and orders him to the palace. He is assigned to hire public officers by using his face reading abilities.

After King Munjong dies, a young crown prince takes the throne, but the young king's fate is imminent danger. Prince Sooyang (Lee Jung-Jae) has ambitions to become the King and has a plan to make it happen. Meanwhile, Nae-Kyung is positive that Prince Sooyang is going to plot treason against the new king.