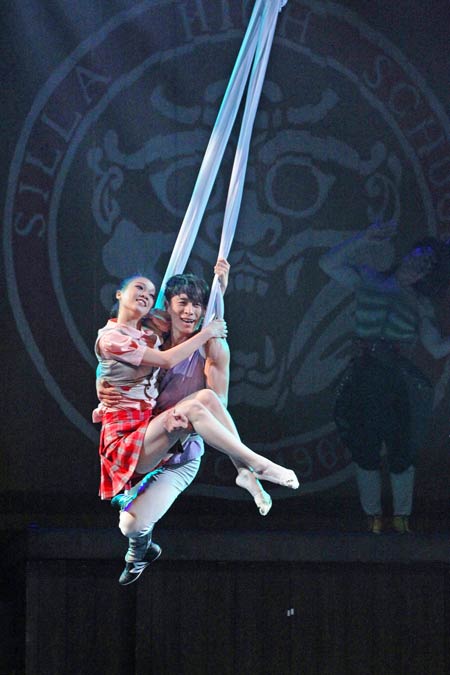 Wedding is a cabaret performance with twenty-three different instruments. Combining dance, music and theatre, this type of performance lets the audience enjoy pop, jazz, opera, glass harp, latin dance, swing and shuffle all in one show.

Inspired by the story of Hans Christian Andersen, Lee Kyung-Ok Dance Company collaborate with pop-artists Mary Kim and Choi Jong-beom in Andersen's Gazes, bringing their audience onto an adventure based on the beloved Danish storywriter's life.

We are pleased to have invited the budding world class musician, Yiruma, who is considered to be a big influence to many K-pop artists. The most recent collaboration was with Super Junior M’s member Henry, where they teamed up for a new version of Yiruma’s famous tune "River Flows in You".

If you are a science fiction thriller fan, go and watch the classic Korean movie The Host, which is about an unidentified monster suddenly appearing from the depths of the Han River and spreading panic and death.

Another film you do not want to miss would be Secretly Greatly (Director's Cut). Featuring three of the hottest Korean young actors, it tells the story of spies from North Korea infiltrating into the South who receive an unexpected mission from their government. One of them assumes the role of a village idiot in a rural town, wacky hijinks ensue.

Want to face off with the most creative food champions for pride and culinary glory? Join Taste of Korea 2014 Cooking Competition at Times Square Piazza! A Korean food specialist will also be there to teach everyone how to make tasty Kimchi.